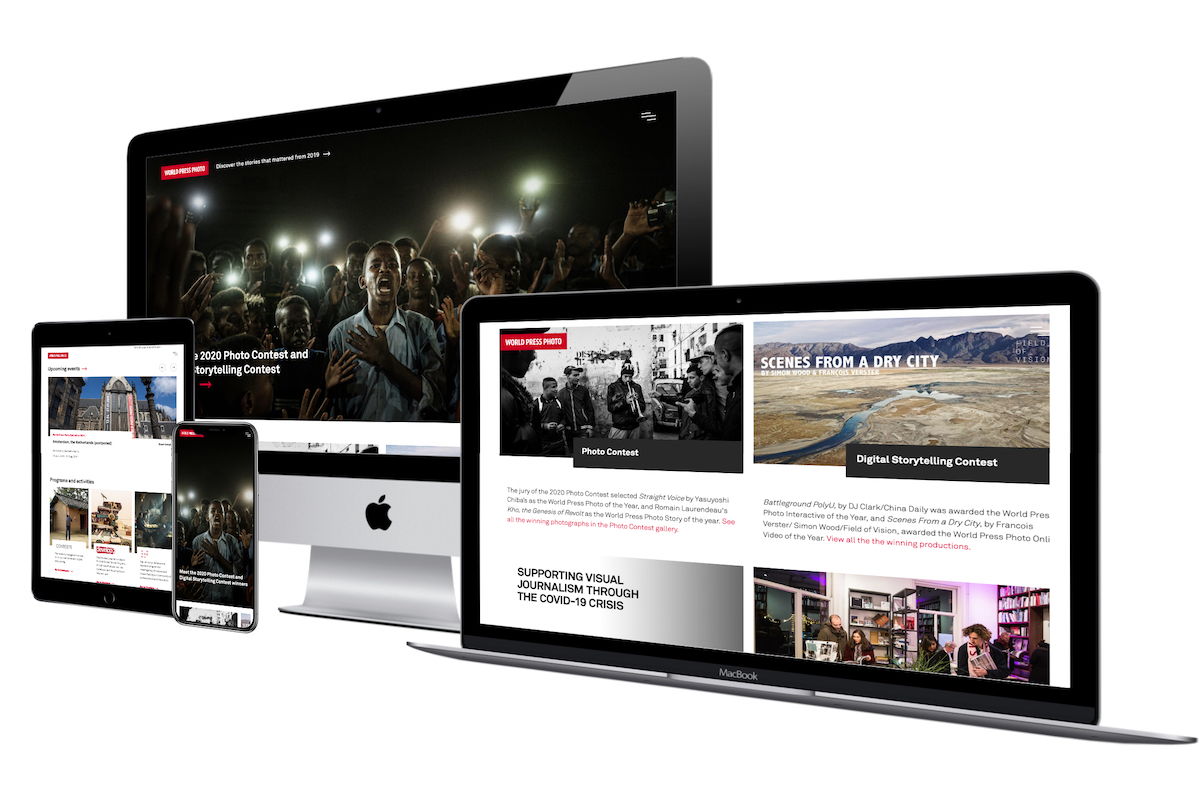 Named best Associations Website in the 24th Annual Webby Awards, for connecting the world to the stories that matter

The World Press Photo Foundation and its digital agency Emakina win this year’s prestigious Webby Award for Best Association Website. The project is awarded because it delivers on the foundations’ promise: ‘Connecting the world to the Stories that Matter’.
The International Academy of Digital Arts & Sciences selected the website out of a large group of renowned contenders.

With its winning Webby project, World Press Photo confirms its role as a master in visual and digital storytelling. Stories from around the world come to life on the new website, with compelling photography and productions and their rich backgrounds. Emakina migrated an archive of photography and productions stretching back to 1955, and ensured the highest quality of all visual content. The winning platform was built with Kentico CMS and combines user-friendliness and multiple storytelling techniques, while remaining stable in peak moments, especially when award winners are announced.

"Winning this award is a fantastic result of our long-term partnership with World Press Photo,” said Sjoerd van Gelderen, Managing Director of Emakina.NL.
“The strongest way to tell stories is visual. This platform does justice to the visual stories created by visual journalists and digital storytellers by making them the heroes of the site.”

A stable and user-friendly platform

The power of visual stories and their context guided the team in an intensive co-creation design sprint and the following steps. Extensive user-testing was also key for success, fine-tuning creative ideas, experiences, performance and content migration.
The result is a stable, content-rich trove of era-defining visual journalism. People continuously deep dive in this content, including the massive archives of 15,000+ photos.

World Press Photo and Emakina received their best Assocations Website Webby in a first-of-its-kind global Internet celebration, The Webbys From Home. The celebration was marked by special appearances by Michelle Obama, Dr. Anthony Fauci, Tom Hanks, Arianna Huffington and co-inventor of the Internet Vint Cerf. It also featured original 5-Word Speeches of all the winners, including Emakina’s message: “Photographers, Storytellers.... This is yours!”

‘’Our team’s strong and agile collaboration with the World Press Photo Foundation created a fantastic result, and I salute the winners,’’ added Brice le Blévennec, CEO of Emakina group. ‘Now more than ever, digital experiences allow people from literally the whole world to absorb the great work creative people are producing.’’

About the World Press Photo Foundation

The World Press Photo Foundation is a global platform connecting professionals and audiences through trustworthy visual journalism and digital storytelling. It was founded in 1955 when a group of Ducth photographers organized a contest to expose their work to an international audience, and has since grown into one of the world’s most prestigious competitions. The contests recognizes the best visual journalism, the exhibitions showcase the stories that matter to millions of people, the Develop programs encourage stories highlighting different perspectives of the world, and other activities celebrate the richness of visual storytelling. World Press Photo connects the world to the stories that matter.

About The Webby Awards

Hailed as the “Internet’s highest honor” by The New York Times, The Webby Awards is the leading international awards organization honoring excellence on the Internet, including Websites, Video, Advertising, Media & PR, Apps, Mobile, and Voice, Social, Podcasts, and Games. Established in 1996, this year’s Webby Awards received nearly 13,000 entries from all 50 states and 70 countries worldwide. The Webby Awards are presented by the International Academy of Digital Arts and Sciences (IADAS). 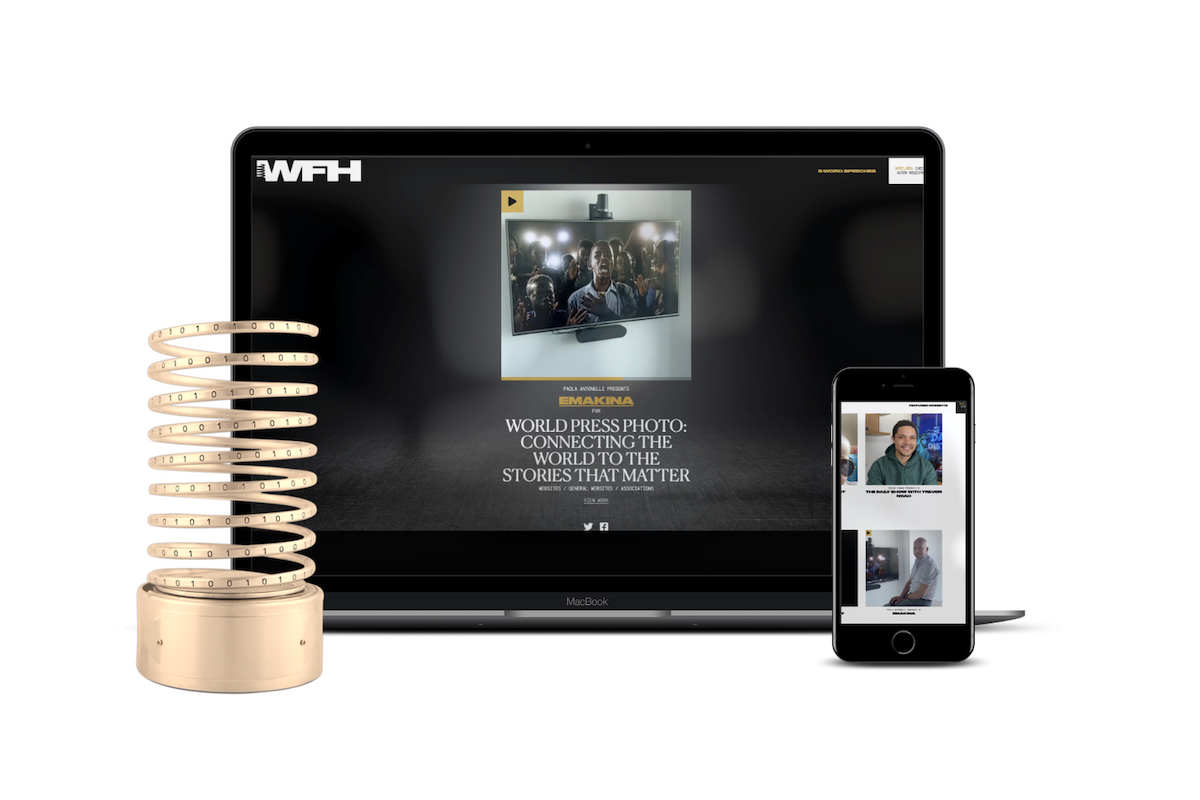 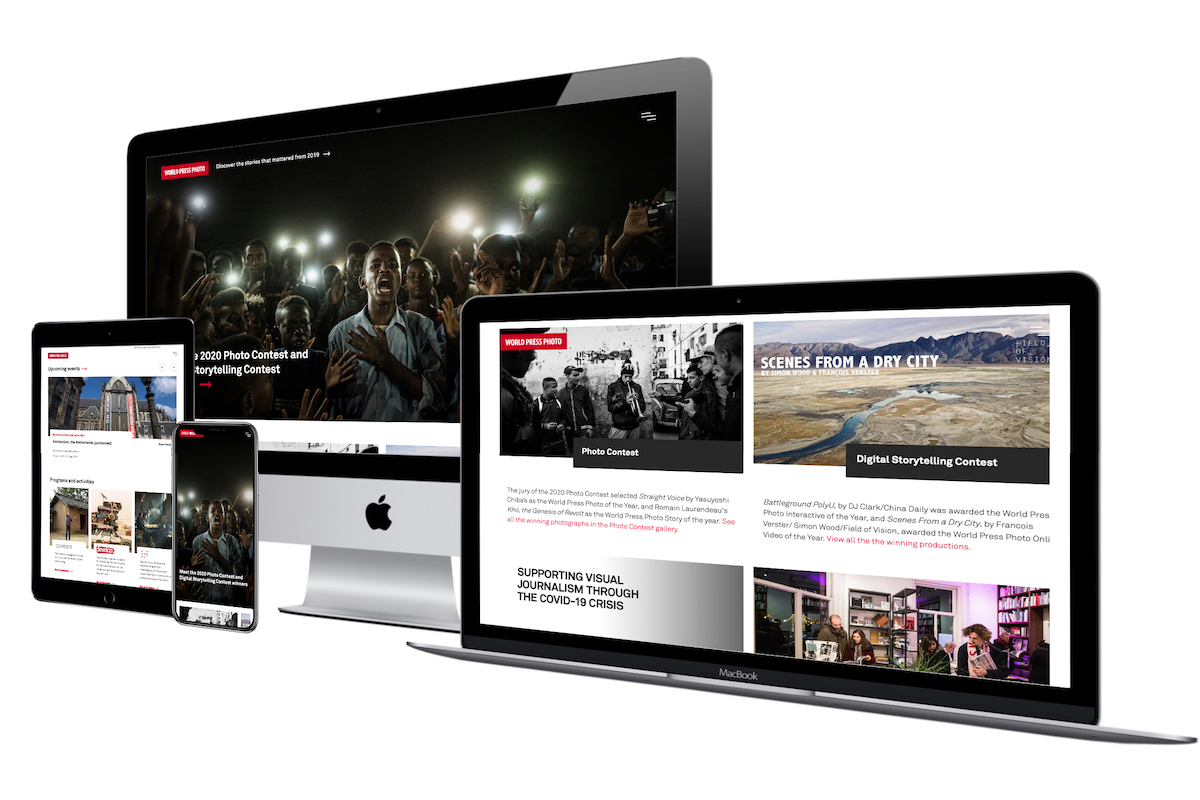